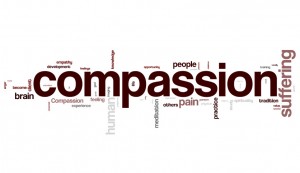 FIRST LADY RANT:  I don’t watch a whole lot of teLIEvision and as an ever evolving, free thinker I consciously & intentionally choose the movies, music, books & media that I do consume because (how do I say this?) I like to be kissed first (some of ya’ll will get that later; just let it marinate for a minute).

So much of what is spoon fed to us via these mediums is nothing more than propaganda which, if left unchecked, will suck the brain matter, consciousness and compassion right out of you; turning you into nothing more than a hypnotized zombie who lies in wait to voraciously feed on the next persons heart-break or sadness; eager to drink from the cup negativity, spewing hate-filled venomous retorts at people whom you’ve never even met (We call them celebrities).

Way too many salivate at the “news” of criminal activity and outright inhumane behavior, so numbed out, tuned out and “SOULed out”, that these things are seen as nothing more than mere entertainment like the latest horror flick or reality TV show.

I don’t know which of the many things that I’ve distantly observed these past few weeks have led me to place fingers to the keyboard and spill forth my heart; maybe it was the insensitive & victim blaming comments that Serena Williams recently made about a teen aged rape victim or the vile & disgusting comments that freely flowed from the lips of Paula Deen exposing her long held views of an entire race of people. Perhaps it was the systematic attempts by the very lawmakers that we put into office to steal away the individual rights of voting or control over one’s body. Quite possibly, the “straw that broke the camel’s back” was the mean spirited way that a courageous young woman, Rachel Jeantel who was the last to speak to her long time & dear friend Trayvon Martin just minutes before he, only a child himself, was senselessly murdered, is now being ridiculed on full display for the entire world to see, but here it is right out in the open.

This level of vitriol can only be expressed from (pressed out of) one whom it already dwells within; as Wayne Dyer often says, “hurting people hurt people” and it is time for the healing to begin.

As a Transformational Life Coach with a focus on empowering women through entrepreneurship I believe it is critical for us all to begin the process of healing the wounds within and so that we can get to a place of true self love which becomes a transcendent compassion that spreads from one to the another and eventually the world.

If there is breath in your body, I beg, plead and implore you to find the tiniest space where compassion lives within you and set the intention to breathe life into this space until compassion consumes you. We MUST Recognize that we are ALL part of this same Spiritual, Environmental, Economic and Physical eco-system and when even one of us is threatened, harmed, wounded, raped, hated or assassinated (either in the physical and/or the verbal) that ALL of us suffer.

Dr. Frantonia Pollins
« Previous Post How Ledisi and Brene’ Brown Changed My Business pt 1 Next Post » If You Happen to See Me Crying on My Birthday